A tattoo studio did not hold back when a customer threatened them with leaving a bad review for their services. The epic reply from the studio’s staff left the customer in shock. 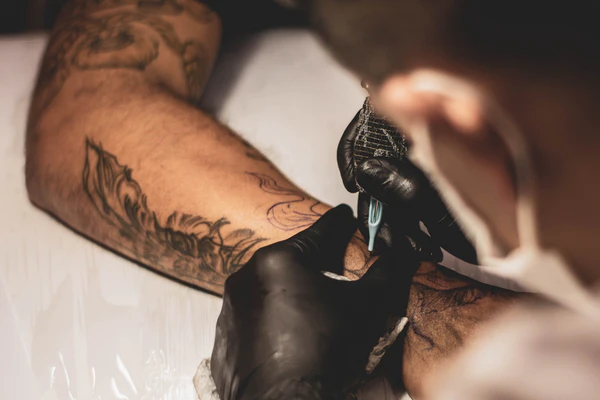 The staff at the Archangel 1608 Tattoo Studio in Glasgow were not surprised an impressed when a customer threatened them with bad reviews. They knew exactly how the customer had to be dealt with and they did not hold back.

The studio took the complaint very seriously and looked into the matter instantly. The studio enquired whether the customer used the cocoa butter as recommended aftercare by the professional. The customer revealed that they had used Savlon instead.

The customer replied: “I’ve used Savlon cream as my dad says that’s better and that’s what he used to use.” He further wrote: “So if it’s not fixed for the end of the month then I’ll be leaving a bad review across your social media and we’ll see.” It seems the customer did not know that the staff of the studio would not be threatened with his messages.

The staff did not hold back and replied: “Savlon? Did your dad do the tattoo for you?” The staff enquired why he did not go with the advice given by his tattoo artist to whom he paid for everything. Why he did not specifically follow his instructions when the artist made the distinction between the two very clear.

The tattoo artist even wrote that he would review the customer as well. And the review would read such as: “Can’t follow written instructions. One star out of ten, would not tattoo again!” The studio even shared the conversation so that other customers follow the aftercare instructions clearly and carefully.

They captioned it with: “This is from last weekend, and why we’ve been banging on about aftercare all week. We can only do so much after you’ve left the studio. But definitely go with what your dad says, even though he’s not been tattooed since he got a tribal skull in the 90s.”

Just follow the advice given by professionals, because it is for your betterment. A professional knows better than a customer in their work of line thus, they are the professionals. Hope the customer is now using cocoa butter so that his skin near to the tattoo can breathe properly and his tattoo gets healed soon.