In this digital world where we upload hundreds of selfies and pictures on our social media, we rarely expect these selfies to go viral. This teen girl when posted her selfie didn’t expect to go viral until people noticed her resemblance to Michael Jackson. 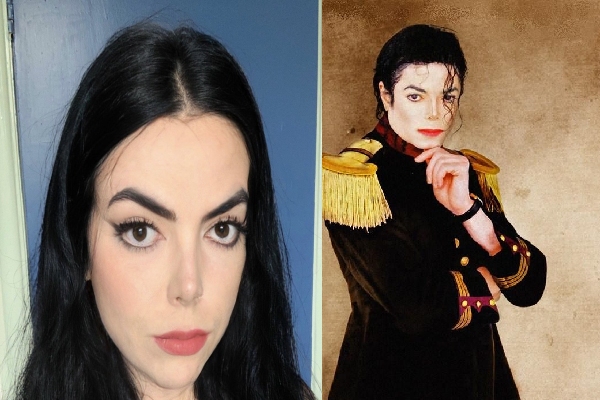 Lorun Elisabeth is a 17-year-old college student from Manchester, UK who posted a selfie on Twitter with the caption, “Blame it on the boogie.” What happened after that was beyond her wildest expectations.

Her post was flooded with more than 109,000 likes, nearly 30,000 retweets and 6,000 comments from twitter users telling her she looks like the late King of Pop. But the users’ comments didn’t offend or upset her, it didn’t even prompt her to take the picture down. Instead she found it hilarious and even agrees with the striking resemblance.

She has always been positive about what people said. She always saw the funny side and never got offended by what someone said about her online. She thinks she clearly looks a lot like Michael Jackson in that picture, so people ran with it and now she is a Michael Jackson girl.

She added, “So many people have been retweeting it with popular Michael Jackson lyrics, which I find hilarious. Ones such as ‘I don’t have nothing to say so I’ma just beat it’, that one made me laugh. I also have gotten so many nice comments in my Twitter DMs and Instagram DMs which was really nice.”

One incident where she got a bit angry where she saw a post on Reddit where they claimed she had surgery to look like him, which was not the case. She later got the post deleted.

She further added, “I can’t believe it blew up in all honesty and got as far as American twitter. It’s been so funny seeing my face being everywhere. I can’t escape it.”

It is a known fact, that Michael Jackson had undergone several plastic surgeries to attain the look that his fans adore till date. After the release of his fifth solo album, “Off the Wall” in 1979, Jackson met with an accident that changed him forever. He fell while dancing and broke his nose. It is believed that that’s when he had his first plastic surgery.

However, later Michael Jackson denied that he had plastic surgery beyond the nose job. As his makeovers became more extreme, the public seemed to become even more fascinated. In 1993 when Michael was asked about his changing skin, he said it was because of a disease called vitiligo.

For his fans it is a matter of pride to even look a little like the King of Pop. For Elisabeth, it is a mere coincidence that she looks exactly like him.