A woman named Katie took to her TikTok account to take the world around her rented flat. She swung into action after her landlord increased the rent of her accommodation without caring for the debilitating times. Instead of giving in to her landlord’s demand, she decided to take matters into her hands. She exposed the obnoxious side of her accommodation. 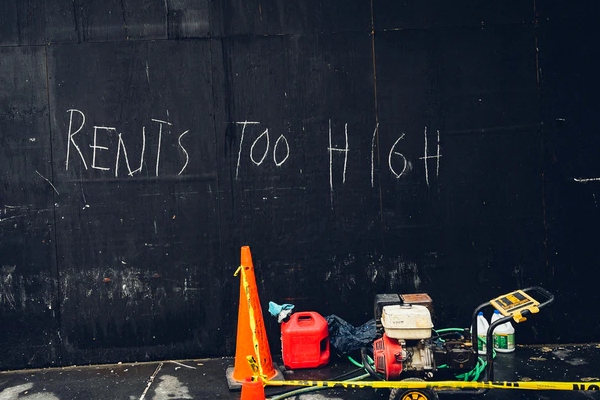 The world is full of callous souls who do not spare a moment to extract their pound of flesh. These money-minded people support no regards for scourge thriving around. The profit maximization law rules their minds and actions. However, some daring hearts refuse to budge down. They raise their stakes to make them fall in line and curtail their greed. One of them is a woman named Katie who took to her TikTok account to expose her landlord’s demand.

Like the world around her, Katie was too trying to get into recovery mode. With pandemic waves slumping down, she was looking for a fresh start. To her dismay, her efforts received a blow when her landlord stepped in to inform her about the increased rent of her rented basement flat. The gesture added to her agonies. What irked her most was the money she was supposed to pay for a flat in shambles. She took a breath and decided to take things in her hand. Instead of obliging the increased rent silently, she chose to bring out the awful side of her accommodation before the world.

Arranging for worldwide flat-viewing of her flat, she moved to her TikTok account- @Cornchipsandcorgis. She shot the heart-wrenching corners of her flat to expose the insensitive side of her landlord. She went ahead to throw light on the efforts one needed to put to let the water drain off. Apart from that, she also shot around the other parts of her flat.

The worn-out plaster and paint also formed a part of her spree. Adding to that, she also did not shy away from removing shelves. They had masked cracks in the walls. Thus, she left stone unturned to pitch in for a stirring flat-viewing of her accommodation. After that, she moved to her account and posted the video.

Throwing light on her video, she wrote, “Can u tell I live in a basement apartment with landlords that have the audacity to increase rent next year?” She stepped ahead to draw the attention of the viewers by saying, “Things I do to sabotage my landlord’s showings that just make sense.” Elaborating on her moves, she said, “Moving shelves to reveal the other cracks in the wall. Placing the dehumidifier strategically. Removing the pride flag to reveal the other large crack in the wall. Strategically placing a scary nail that I found in the closet, and turning on the second dehumidifier to full blast.”

To her delight, her video managed to garner more than 400,000 views. Not just that, social media users also jumped in to leave comments. One of them commented, “This isn’t sabotage, you’re just showing off the features.”

Another soul shared one of their experiences and wrote, “One time I went to a showing and when the landlord left the room, the tenant handed me a handwritten note of reasons not to live there.” Adding to that, one soul commented, “I once went to a walkthrough and the existing tenants taped a piece of paper to the bedroom door that said ‘spider count’ with tallies.”

Finally, her efforts worked out!