Identical twins are known to share most of their stuff. However, this couple crossed all limits and went on to share a man as a boyfriend. 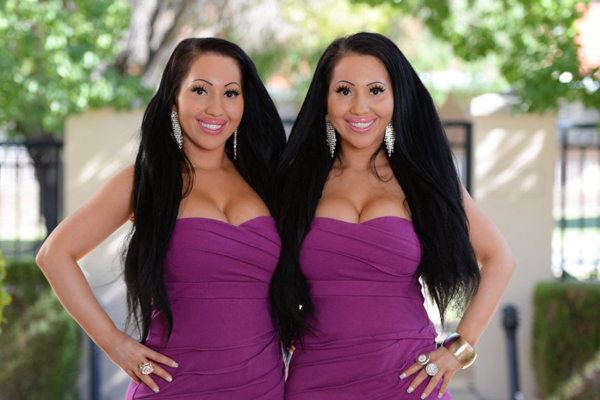 Anna and Lucy DeCinque are known to be world’s most identical twins. They haven’t just got exact same cosmetic surgeries to ensure they stay physically identical but they have recently expressed their wish to get pregnant at the same time. This can seem okay but what if we tell you that they wish to get pregnant by the same man? Shocking, isn’t it?

However, the weirdest part about all this arrangement is that they don’t even draw a line in the bedroom. The 33-year-old twin sibling from Perth, Australia, have shared a little private secret and told that they take turns to have sex with their shared boyfriend, Ben Byrne and just to add a bit more information, they’re both in the bed when it happens. This kinda gives us chills.

They were recently featured on an Australian TV programme, Hughesy, “We Have A Problem”, and that is when the sisters discussed their relationship with their boyfriend of seven years. They went ahead and said that they first started dating in 2012 and three of them now share a king-size bed.

When the host of the show asked them if they were both present when they did the deed, they replied unanimously with a “yes”. They don’t really consider the phrase “three’s a crowd” to be true.

Lucy said that there is no place for jealousy in the relationship. If Ben kisses Anna then he will kiss Lucy as well. He doesn’t mind the lifestyle they follow and doesn’t judge them if they wear similar clothes. The sisters have got each other’s back. And why the man of the relationship would have a problem when he is getting twice the love and attention?

Although the relationship can’t be official as polygamy is not legal according to Australian Marriage Act 1961 but they are hoping to conceive at the same time.

The situation makes us dumbstruck but there is a possibility of them achieving their goal only if their menstrual cycles also coordinate. If we get into technicalities, the two new born would be half sibling and cousins as well. So, Ben would be father as well as the uncle to both the kids. But let’s keep that conversation for the time when they reach that stage.