You probably would have noticed and even wondered about this but never really given a good thought to the facts. Yes, we are here to tell you why women are always feeling a little colder as compared to men. 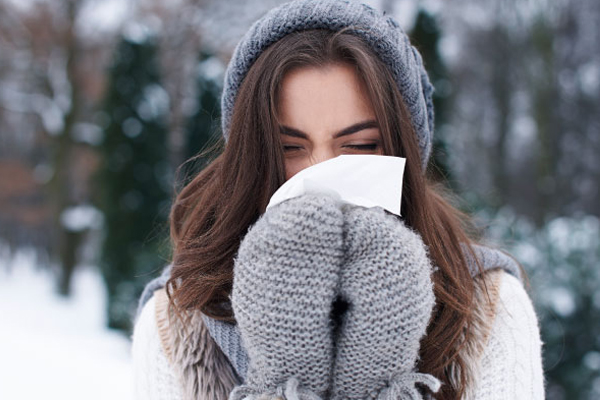 You cannot skip seasons irrespective of how much you want to skip any particular one (depending on what makes you happy!). Winters are loved by some but then some are just waiting for them to end. During the winters, one thing that most of you might have wondered at some point is the difference in the feeling of cold experienced by men and women.

There is science behind this (of course!) and you better get ready for some interesting science that’s going to be served to you. Two Dutch scientists, on researching, concluded that women are more vulnerable to cold and lower temperatures as compared to men. Men have a better tendency to bear cold weather.

As found by researchers, the main reason behind this is the metabolism of a person. This is because metabolism controls factors like energy which includes heat as well. Another scientific term that is important here is the resting metabolic rate which refers to the least amount of energy dissipated by a person while at rest.

The interesting facts are yet to come in case you are not satisfied with the explanation so far. Have you ever heard of ‘fat-free body mass’? Yes, that’s a thing and it is responsible for this difference to a large extent.

Now, where is this fat-free body mass? It is associated with bones and muscles which brings us to the point that males have more of this than females. We hope you can relate to this (we really do!) as it is something that we observe daily.

If you are still not convinced, we have another reason here which is known as ‘brown fat’. Wait, it has a process related to it – thermogenesis. It is a process wherein the body produces heat involuntarily and the place where this happens is the ‘brown fat’. If you wish to go into the depth of “brown fat”, we can tell you that it is located in shoulders and neck mostly. It was even found in the chest and down the spine of few men when thorough research was conducted by Aaron Cypess, head of the Diabetes, Endocrinology and Obesity Branch at the National Institute of Diabetes and Digestive and Kidney Diseases.

Now you better not blame women or tell them they are annoying when they say they are cold because we have made you well aware of the reasons. It is all science and nothing else!