When we are determined to do our bit to make this world a better place, nothing can come in our way to stop us. Gabriel Rowcroft-James, a 10-year-old has proved this right. His amazing gesture has left everyone in awe of him. He cut off his long hair and donated it to a charity to help people struggling with the loss while undergoing harsh treatments. How thoughtful of this little guy! 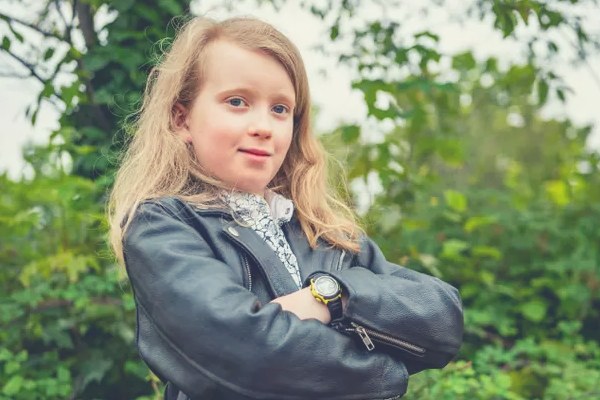 This 10-year-old boy, Gabriel Rowcroft-James, from Milton Keynes, has shown us that nothing is more powerful than the path of kindness and generosity. When we are headed down that road to perform a good deed, there is nothing more satisfying than that journey.

Gabriel cut off 12 inches of his hair after growing them for two years. He had never planned to donate his blonde locks. However, when he heard about the charities that make wigs from the donated hair, he knew what he wanted to do.

While Gabriel was growing his hair, he started to love long hair and decided to stay away from the hair trimmer for a long time. After a year and a half of that haircut, he had a conversation about cutting his hair yet again. But this kind boy wished that he could do something to save his mane of blonde hair from entering the trash can.

That’s when he stumbled upon a few charities that accept donations of hair and turn them into wigs for kids and youngsters. Gabriel researched as much as he could and finalized Little Princess Trust as his charity.

His kind act did not end there. This compassionate boy raised £1,200 for that same charity when he found out the cost to make one wig is £500.

Rozi, Gabriel’s mom stepped into this kindness project too with her son and donated 16 inches of her hair. Now, she twins with her son in short and beautiful hair. Isn’t that heartwarming!

“We’re both thrilled with our new haircuts, and with the amount of money we’ve raised. We’ve now got enough money for Little Princess Trust to make two and a half wigs,” Rozi expressed her excitement.

“Gabriel is delighted. He’s been working really hard promoting the fundraising page around our parish, putting it in the local church news sheet, and talking to his Scouts group about it. It’s been fantastic, and he’s really learned a lot about the charity and the wig-making process, and telling other people about it, too,” she added.

Rozi admitted that this entire thing is really close to them. This is because Gabriel’s father lost all his hair when he underwent chemotherapy as a kid. “It’s not something that Gabriel saw or experienced himself, but his dad has told him about it – so this does have a personal level to it for us,” she shared.

This selfless and benevolent act of kindness has left everyone speechless. Gabriel is filled with joy after knowing that his donation would bring a smile on the faces of young kids who deserve all the happiness.

“It still feels a bit odd when I wake up and realise I don’t have long hair anymore. But I like it. I’m changing the colour between green and blue at the moment. I was slightly nervous before I got it cut, mainly because I was so used to having it long,” the 10-year-old said.

“But I can regrow my hair. I’m donating it for people who can’t, or might not ever be able to grow their hair.”