Classrooms should maintain a balance of serious discussions and some entertainment. That’s how the interest builds up among the students. The entertainment part took a different turn at this school where a deaf student was shocked to know why he became the center of attraction for his classmates. 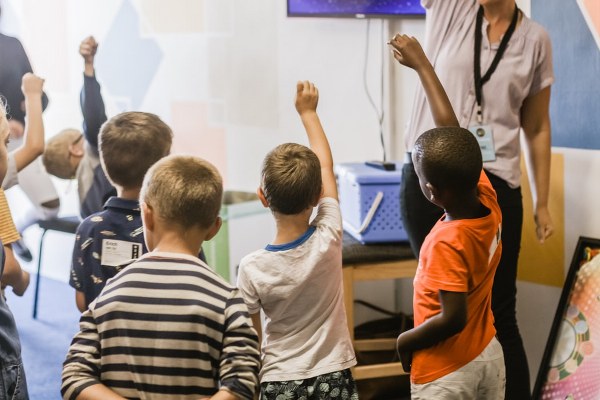 There are many things in life that we assume we know but when they leave us surprised when they occur. This is exactly what happened with a deaf six-year-old boy at Kendall Demonstration Elementary School.

This deaf boy farted while sitting in the classroom and a few seconds later, he saw other classmates looking fixedly at him. He got perplexed by this staring and could not figure out the reason for gaining all the attention.

Anna Trupiano who works as a teacher in this school located at Washington, DC was taking this first-grade class when the funny incident happened. She shared the entire conversation that occurred on Facebook and it reached Twitter when actress Minnie Driver posted the screenshots.

Anna’s post read, “Today in first grade one of my deaf students farted loudly in class and other students turned to look at them. The following is a snippet of a 15-minute conversation that happened entirely in American Sign Language among the group of deaf students and I.”

The boy got curious and asked his teacher why everyone else stared at him. The teacher cleared all his doubts and told him that the others could hear him fart. This left him terrified. He was unaware of this fact for so long!

This conversation carried on and other deaf students joined in too. They all wanted to know the “concept” behind breaking wind!

One of them asked in amazement, “Wait, they can hear all farts?!?!?!” Anna had to come up with a decent response to all these questions and so, she said, “You know how sometimes you can feel your butt move when you fart? A lot of those they can hear. But if your butt doesn’t move it’s more likely they didn’t hear it.”

The deaf kids had a hard time digesting this and got angry after knowing the truth. But the teacher had to calm them down by explaining that those who can hear can’t ignore the sound. She said that farting is very natural and everyone does that. That lightened the environment and the kids had a good laugh in the end!

Anna concluded her post by saying that she went to college for 8 years to have such conversations in the classroom with the students. We guess that’s how it works!