Humans are really weird, kudos to their habit of making people uneasy with bizarre questions. More specifically when they see something random, rare and out of the blues, the inquisitive detective within them pushes them to quickly start their round of interrogation. Seldom do we realise the uncomforting situation and awkwardness it causes for the targeted person, and this post is the hilarious way in which one such common target has won our hearts for coming up with a unique solution. 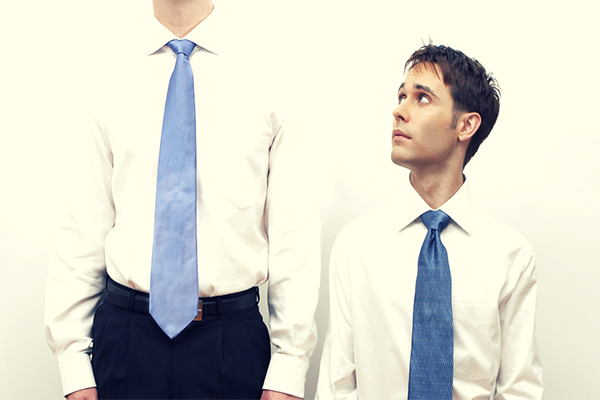 Being 6 feet 10 inches tall is no joke and it comes with a lot of people turning around in awe to reassure if they actually saw someone that big. This is the regular happening for a man who has won the tag of being 6 inches taller than the boxing champion Anthony Joshua.

After hearing similar questions for almost all his life, it is no rocket science to figure that he gets super irritated by those regular questions about the brand he chooses to shop his clothes from or if he has a specially tailored bed, but being a well cultured man, he has devised one of the quirkiest solutions to his problem.

This highbrow has got business cards printed, yes you heard us. This man literally has a set of thousands of business cards in his pocket accompanying him everywhere. One such card surfaced when a man from Cleveland, Ohio who goes by the twitter handle, ‘Cactus Jack’ shared a picture of one of the many such business cards that go around. However, it was later discovered that the original post was from Newton Jesse, shared some nine months ago on Reddit.

Here’s what the card reads-
“Yes I am tall. I am 6’10”.
“No, I’m not kidding. Yes, that is tall. No, I do not play basketball. I play volleyball.”
“Yes, seeing the tops of everyone’s head is weird. Yes, the weather is nice up here.”
“This has been a great conversation.”

His hilarious solution has inspired many and has also started a trend of eccentric business cards. And there’s no need to say, this man deserves an award for using his wit to overcome such awkward conversations and annoying questions which he must be facing every day.