It is tough to go through Valentine’s Day if you are single. People are posting cringe-worthy stuff and your timeline is nothing but a mush ball. This single man decided to change his valentine’s day by pretending to get stood up and got a free steak. How? Read to find out! 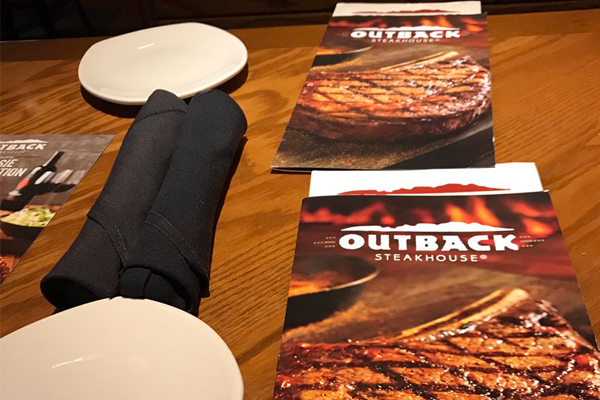 Stephen Bosner, a single boy from Maryland wanted to make his Valentine’s Day interesting and that too on the basis of sympathy. That doesn’t sound bad to us! Well, let us clear your confusion and take you down the road. He booked himself a table for two at Outback Steakhouse restaurant on Valentine’s Day and pretended to be waiting for someone who doesn’t even exist on the face of the earth.

He tweeted the whole incident and from start to finish and it was a ballsy move.

His first tweet was, “If I went to Outback Steakhouse by myself tonight and asked for a table for 2, then got progressively sadder as the night went on alone, do you think they’d give me my steak for free?”

He posted his picture saying that if anyone was considering it a joke, know that I am there in a suit jacket. He had a full backstory ready and was acting all cool when the waiter said that it might take longer for the table to get free. In response, he said, “Oh that’s okay, this works perfectly – she said she was running a bit late anyway.”

To make them believe further he ordered his imaginary ‘date’ a glass of Chardonnay. After all the waiting, there was no one on the table as he had in his mind and he pretended to be sadder by each passing minute.

He even faked a voicemail who was named Katherine in his mind. He further said, “Katherine is a consultant at Deloitte. She lives in Arlington, that’s why I chose this spot. We met at the grocery store. We both went for the same bag of shredded cheese. She seemed so excited for our Valentine’s Day date.”

He became dramatic and chugged his non-existent date’s wine and ordered the steak. He took the drama to the level that he cried. If you ask, “Was it worth it?” It definitely was. How? Well, a couple saw everything happening and eventually paid for the steak he had ordered. So, he did get a meal out of sympathy.

He called the mission successful and donated $50 in a restaurant as a charity. His tweet reached the restaurant and they offered him a meal if he brought a real date with him. They asked him to DM them if he was interested in the offer. PERIOD.

So, the real deal starts now. Can he find a legit date now?