Breakups are hard and so are removing the memories of it, especially the first one. This man received a Christmas gift when his girlfriend broke up with him and he has kept it for 50 long years. We are about to find out if he ever opened it or not. 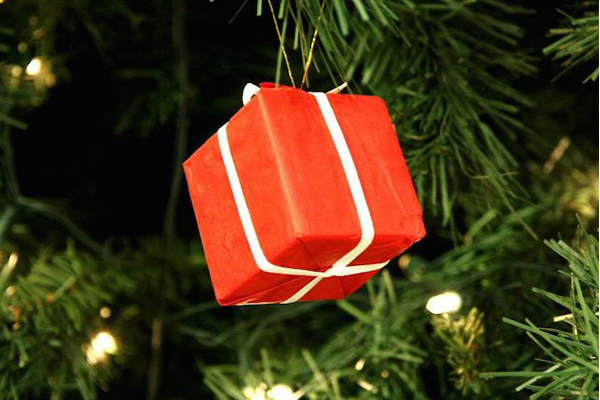 Adrian Pearce was 17 years old and was studying at George S. Henry Secondary School in Toronto, Canada, when he met his first girlfriend, Vicki Allen. They spent their time together so the pain at the time of break up was obvious. In that heartbreak, he decided to never open the gift he received. Over time, he forgot about the gift but was reminded of it every Christmas.

With time, the two of them lost touch and got ahead in life. They married different people but Adrian has held on to the gift for all these years. Adrian who is now married and is father of two continued to put the gift under the tree each Christmas. It was okay until the wife had no problem with the present.

Every year when all the gifts were opened, there was one gift that was still packed. His wife has now banned it from keeping it under the tree as he said that he is never going to open it. Initially, he had kept it with the hope that they will get back together and then they will open it together. But after a few years, it has just become a habit and he is happy that he hasn’t opened it yet.

After the post gained a hell lot of attention, he decided to look for his ex-lover and ended up calling a lot of wrong numbers until he reached the right one. They caught up on a call and decide to open the gift at a Christmas fundraiser.

The book packed in the awaited unopened gift was called “Love Is: New Ways to Spot That Certain Feeling”. Vicki doesn’t remember buying or wrapping the gift, which sounds weird to us. She feels that unwrapping the gift was an embarrassing moment. They are in a happy state and the wife is cool about this equation as she is secure about her relationship with the husband.

That is one hell of an unbelievable story! After almost 50 years, the young couple reconciled with each other. The crazier part is that Adrian’s wife was not only cool with the whole thing, but she also became friends with Vicki! How would you react to such a situation is your partner was holding on to a gift of their ex-lover?