How many times have you sent a wrong text to someone? We assume this mistake has happened numerous times but we just hope it was not a sext that you sent to your dad. Well, this man ended up sending texts to a random woman whom he had assumed to be his wife and later got married to this stranger. 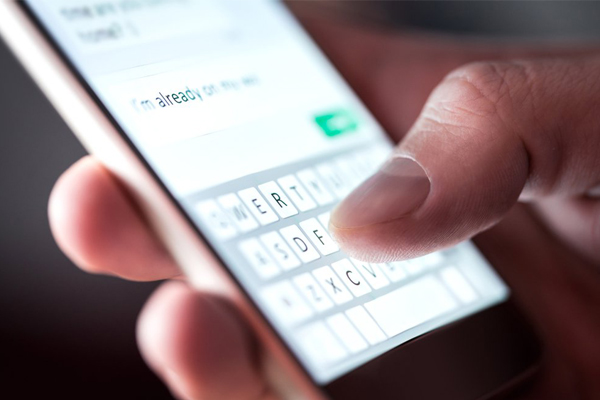 Peter McTaggart, a 46year-old resident of Bolton said that he got his wife’s phone number wrong and met the next woman of his life through that mistake. How’s that even possible, you ask?

Well, let us explain the whole saga. He texted on a number and one digit of the number was different from his wife at that time’s number. After receiving three wrong texts from a stranger, Mary told Peter about the mistake but the two of them stayed in touch.

They both kept talking and shared their issues in their respective ailing marriages. They became a confidant to each other and the closeness between the two of them escalated with time. In this time, Peter even traveled from his home in Bolton to her home and stayed with Mary and her husband. Well, it sounds weird to us but whatever suits them.

The friendship became deeper and Peter’s wife came to know about the bond he was sharing with Mary and she didn’t like what was happening due to obvious reasons. At the same time, Mary had separated from her husband. Both of them realized that fate had brought them together.

Peter had bought a new phone and while saving his ex-wife’s number, he dialed a wrong number and ended up texting his present wife.

Mary had initially ignored the messages as she received them in the early hours of the morning. Then one day, she replied by saying, “’I’m sorry, but I don’t know who you are.” And Peter apologized for the error and didn’t mention about anything of that sort to his wife as they were in a rough patch of the marriage.

They both kept in touch on and off as they both had same working hours. They talked about how their life was at that point of time and they even discussed the issues of their married life. They both were sailing in the same boat and hence, they became each other’s support system.

This was an issue for Peter’s then-wife and once it got way too much he left the house and went on to live in Newcastle, so he could stay near Mary. They both were just friends at that time and romance blossomed only after a vacay to Blackpool.

In 2017, after being together for 13 years, both of them got married to each other. They both claim that the success of this relationship is due to similar experiences and the sense of humor they share.

Well, we can’t rule out that luck played a major role in this marriage.