Sleeping is the only thing that we want to do if we have a headache. But what if the doctors decide to put you in an induced coma and you happen to give birth in that duration? Sounds weird, right? That is exactly what happened with this eighteen-year-old. 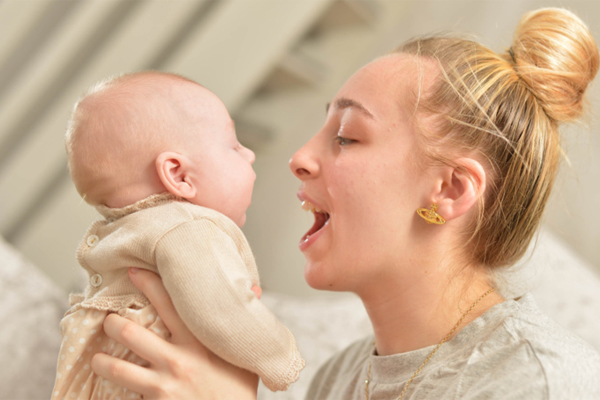 Ebony Steveson, an eighteen-year-old college student had no clue that she was pregnant. She went to sleep on 2nd December with a headache as she was not well and the condition worsened, she was rushed to hospital and medics put her in an induced coma. She woke up on 6th December and was shocked to find out that she was now a mother to a baby girl.

She hadn’t missed any periods and was perfectly fine. She didn’t have a bump and no morning sickness hit her. Shocked? Well, so were we but Ebony is born with two uteri and that meant that she had her periods regularly from one uterus and the baby grew in the other uterus. So, this left her clueless about her pregnancy.

When she was rushed to Royal Oldham Hospital after suffering from a number of seizures, tests were conducted which declared that she was pregnant and doctors had to carry out the emergency cesarean section on 3rd December. She then delivered a girl who weighed 7lbs 10oz.

She named her girl Elodie and started bonding with her instantly. She worried that she would never bond with her daughter but she now considers her a miracle and would never change it for the world. Ebony doesn’t remember anything after going to sleep but her mother helped in telling the details.

When she had some seizures, her mother called 999 for help as this was the first time she was facing anything of this sort. When paramedics arrived, they asked if she could be pregnant and the mother answered “no” but they insisted she was. To the mother’s disbelief, a bump appeared as the baby moved during the seizers.

Ebony was confused when she woke up and asked the nurses to take away the baby from her so that she had some time to think about what had happened in that time. Her mother explained everything and she was confused and scared at the same time.

Although, it was all out of the blue and she was not prepared for it but now she wouldn’t change any of it for the world.

She plans to go back to college and Ebony’s mother Sheree will be taking care of the baby.