Writers make the best lovers and no one can deny this fact. This woman who found her husband through a mutual love of obscure writers just made her love eternal. She chose not to get married for the second time just for the sake of her kids after her husband passed away. 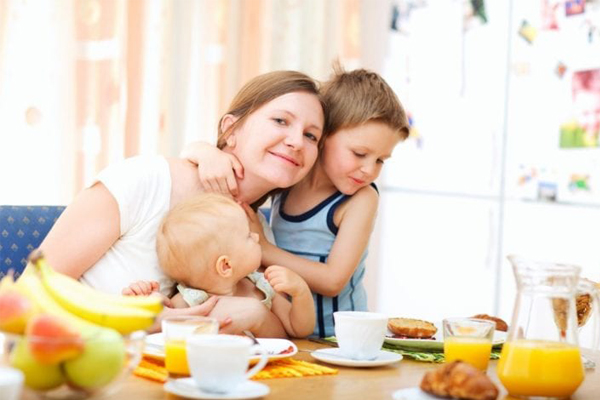 After dating different people for three years and talking to each other about books and sharing funny life anecdotes, they found love in each other. Six months out of the relationship, the 19-year-old girl drove 2 hours to meet the guy she had been texting all this while. Two weeks of knowing each other they both decided to move in together.

When they both met, the lady was naïve and the guy was in depression. The girl thought she could pull him out of the sad phase and he will be fine in some time. At the age of 20, she got married him, thinking that her life was meant to be with him.

Life seemed like a perfect fairytale when they both got pregnant with twins and the girl was just 21 years old. The finances of the family were not great but they decided to move in with my family to save up for double babies.

The man was a regular drinker and the girl told him that it cannot go this way if they had to shift to her parents’ place. He agreed but in the span of two months, he started sneaking in beers. She thought it was okay till the time he wasn’t being the obnoxious and loud drinker. He just used to drink till he fell to sleep. She hoped that he would stop it when the children will be there.

Well, the kids are enough to make someone exhausted and he stopped drinking for a while. However, as the kids turned one, the habit resumed. Things were okay when the drinking was no more a habit but an addiction. In this time his depression got worse.

As the twins turned two, the phase was getting tougher. They were poor but they were a happy family and couldn’t figure out a reason for his drunkard behavior. She considered it her failure as a spouse.

During the last stage of his life, he became cold shoulder in his behavior and she thought maybe it’s high time he got a wake-up call. However, she was wrong. One August night in 2018, she went out for a smoke and by the time she came back, she found him unconscious, his lips were blue and he had stopped breathing from sleep apnea and wasn’t able to wake up.

She remembers him as a sweet, funny, soft-spoken and an intelligent man. Alcohol and depression can’t stop a person from loving his kids and that is what he did. However, he failed to save himself from the grip of the trauma.

Within six months people were asking her to move on with life. Such comments came across as snobbish to her, even though the intent of people was good. She considers being with him as a lesson and continues to love him. She says, “I haven’t cried all my tears yet. I’m not ready to make new memories yet.” She thinks that her kids had an amazing dad who loved them a lot and nobody can replace the existing father figure, neither do they need one.

She has decided not to date anyone yet and she considers her life complete and is trying to provide all care and love to her children with all kinds of necessities.