How mad crazy can love be? People are more practical these days and don’t take decisions impulsively. Unlike the rest of us, this couple took a major step of buying a house two weeks after going on a first date. 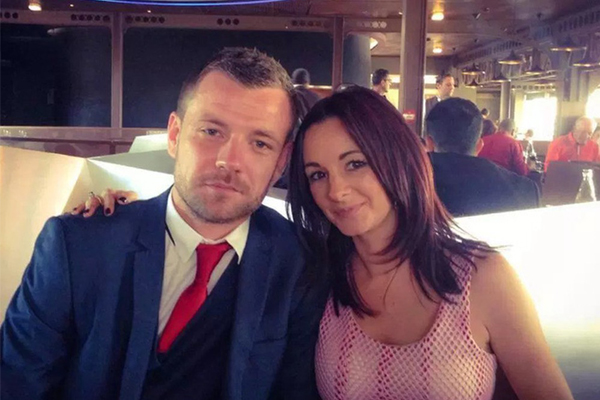 It all started with a Facebook message Rachel sent to Paddy after stumbling upon his Facebook profile. They both attended the same secondary school in Manchester two decades ago. She spotted him in the corridors and since then the girl had a major crush on him. She never overcame her shyness, hence she never gathered the courage to speak to him. Instead, she kept sending anonymous card on every Valentine’s Day. They both left school and life happened.

Rachael Kirkwood, 34, shifted to New Zealand for two years and has a son, Oliver, now seven and her now husband, Paddy, 35, also has a son from the previous relationship.

In April 2015, they reconnected after school days and the conversations started happening. The frequency increased and after one week, Paddy asked the question which Rachel had been wanting him to ask, “Wanna go on a date?”! Since then they spent every day together, virtually. Two weeks later, Paddy mentioned in one of his conversations that he was looking for a place. When he had to go for house hunting near her place, he suggested that she should join him for hunting.

When they found the perfect place, he asked for her opinion and said, “I don’t want to get it unless you move in too.” Well, the girl obviously thought that he has gone mad. It had only been two weeks. But some part of her knew that it was just right.

Her friends and family thought that it was mad but she agreed to it and the following week they went to Madrid to celebrate their big step. When they reached there, they got the news that the off they had made had been accepted. So, that meant they could return to the UK to start off their new life.

Well, Paddy was not fooling around and was in it to win it. In the next six weeks, he asked another big question. He proposed to her in Paris. It seemed like something straight out of a fairy tale. People obviously thought it was way too fast and told her that it wouldn’t last, but she was sure that they were meant to be.

Just to add on to the adventure, Rachel had found out that she was expecting before her trip to Paris. In short, this girl’s status changed from single to engaged and was pregnant in less than 3 months. It was a happy phase but sadly, no love story is smooth. Due to molar pregnancy, the baby had to be removed.

In December 2015, they got married with 60 loved ones, in Paris. In the first month of the wedding, they got the news of being preggers and were blessed with a baby girl, Mollie in September 2016.

This seems like a beautiful fairytale and gives us hope that maybe we can get married to our school crush someday.