Haven’t we all planned some outing but it turned out to be lame, especially the booze ones. But the best ones are the unplanned ones. How? Let’s get down to the deets. 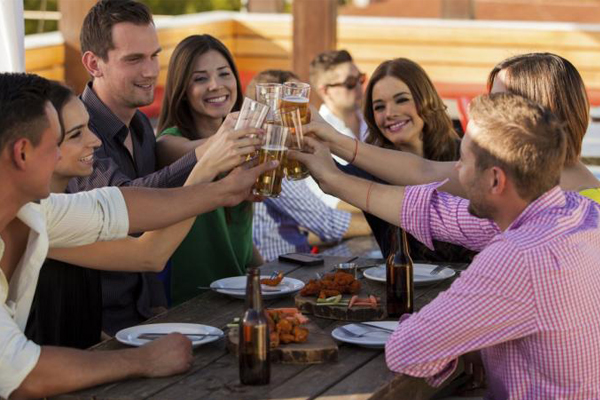 Going out on a fun weekend after a lousy week is all we look forward to. Preplanned fun is not a thing. Anything that has been fixed a while ago, can never be as great as unexpected events.

It’s not just practical knowledge but even science backs our word. Dr Ben Fincham, senior sociology lecturer at the University of Sussex is author of The Sociology of Fun. So, we guess we have expert talking here.

Thrill always makes things better, if you have a plan to watch a match 2 weeks from today, you will plan out everything.

From distributing workload to dropping off the kids at grandma.

From cleaning the mess to getting free from work early.

You sort every kind of chaos and then go ahead with your plan.

But then where is the fun? How can you enjoy when the road is straight? Driving on a curvy road with a bit of bumps always excites a person. So, if that clears why won’t a planned night will be as exciting as an unplanned one.

On a new year’s eve, everyone has some expectations of having a balling time and most of them fail at it. Why? Well, expectation never did good to anyone.

Now, talking about the booze, think of a situation where you think of buying some beer and hit the bed for Netflix and chill session, the legit one. You bump into a bunch of your friends and they tag you along and hit the bar. That kind of night is extraordinary and the fun you can have in that night is limitless.

Predetermined fun is a myth. Spontaneity changes the game when you are out there playing with a group of friends. Piss-up plans with people you totally love are absolute leisure. You can bet on having a roaring time when such plans are not on cards.

Dr Ben said, “The spontaneous piss-up with your mates is one of the best times you’ll have. When you just go, ‘You know what, we’re going out.’ And that’s because you’ve suspended your worries or your cares – ‘I’m not gonna attend to those things that I’m supposed to, I’m going to forget them’ – that’s the first thing. You can’t really have fun when you’re worried about all your cares in the world. The second thing is, it disrupts the routine. You’re not expecting it and it happens, and that seems to be an important part of fun. The third thing is, it’s social.”

“What alcohol does is it dis-inhibits. Often, people mention dancing with other people as when they had loads and loads of fun. Now, without alcohol, it’s really difficult for lots of young people to just let themselves go. So what we do is use alcohol as a mechanism, a reason for why you’re dis-inhibited. Then you can behave in ways which are much more spontaneous or free or liberal.”

“That doesn’t mean disinhibited, that doesn’t mean just being stupid for the sake of it, it means dropping your inhibitions in those moment. Be more playful. Just be aware where the inhibitions you have for accessing types of experience come from. If they’re moral, then probably obey them. Keep those inhibitions there.”

So, we hope that clears why you shouldn’t plan your night outs and let the cards unfold on its own.