A man turned to the Reddit world for advice and way out after he decided to divorce his wife. The relationship between the couple saw the hell broke loose when he discovered that his wife had lied to him about his dog running away five years ago. He came to know that she has left the canine at a kennel. 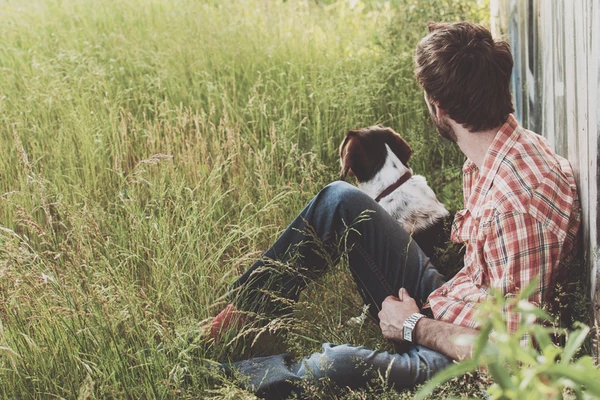 Pets are not just a source of entertainment. They gel on with their owners to make their world and life. And dogs rule that sphere around the world. Most of the dog owners see their furry balls as their companions and rear them as their child. Thus, the moment of separation between them is too treacherous for them to bear. However, a Reddit user had to go through the turmoil.

The man got married and was all set to lead a married life. His world seemed complete with his wife and dog forming the centre. However, his wife was not all up for that view. Terms began to thaw after his wife became pregnant. She began to see the dog as a threat to their awaited child’s well-being. She put up the talks to move it out. But he did not bow down to her demand.

That pushed her to take the matter in her hands.

She shared the matter with her parents, who agreed with her notion. Her dad joined her. They secretly moved the dog to a kennel when he was at work. Then, his wife called him up. She began to cry over the phone and told him that the dog had run away.

The man believed her words and scrounged around for it. To his dismay, he abandoned his efforts after weeks as it was time for him to welcome his baby.

He tucked the demented moments to the remote corner of his heart and focused on his family life. He welcomed his three children in five years. Then came the blot from the blues.

He saw his world crumbling down when he came to know that his wife had hatched the plan of separating him from his dog. The revelation made him go into hysterics. He asked his wife to atone for her wile by getting another dog in their house. But she refused to budge.

The rift between them widened.

He decided to divorce his wife. Sharing his agonistic story and grabbing the bits of advice, he turned to the Reddit world.

Shedding light on the revelation, he wrote, “It’s been five years since then and we now have three children. I’ve wanted to get a new dog but the kids take a lot of energy and time. My wife has always had a new excuse not to get another dog. I found out recently that my dog didn’t run away, my wife and her father took the dog to the pound while I was at work because her parents agreed with her about the dog being “dangerous”.”

Adding to that, he shared, “She ultimately doesn’t want a dog at all and complained that she would have to do too much with it. I’m not planning to let up on this one this time”.

The Reddit users supported his move and ridiculed his wife’s antics. They also advised him not to get another dog as they feared his wife would “find another way to dispose of it when you’re not around”.

Hopefully, the bone of contention would degrade soon for their betterment.