If a baby has a dirty diaper, the mother will automatically step into "mommy mode" and clean it as quickly as possible. But it is essential to understand that some places do not qualify as the place to change diapers, such as restaurants. Many people would agree that changing diapers in front of food does not seem hygienic and appropriate. 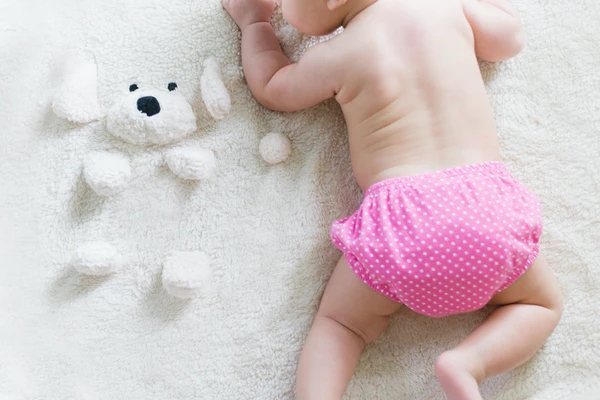 One such woman posted that her husband was unaware that this was unacceptable when we changed his niece’s diaper on the restaurant table. The woman posted that she has been married for 14 months and has not been out with her husband for a while. She is aware that the husband has a strong bond with his 1-year-old niece. One day the woman was supposed to have dinner with her husband alone at a restaurant. She went there directly from work and was surprised to see that the niece had accompanied him.

He explained how everyone was out of town, and his sister had to work. But the restaurant was not a children-friendly place, and everyone was giving them “the looks.” The child kept making noises disturbing the others present, and the husband also started singing while swinging her.

When the wife was in the bathroom, she heard her husband arguing loudly. She came out and noticed her husband having a heated argument with the waitress, and even the manager came. Her husband was changing his niece’s diaper on the table.

The couple was asked to leave, and as soon as they stepped out, the wife became angry. She made it clear that her husband should’ve informed her that his niece was tagging along, and they could’ve gone to another restaurant. The wife also mentioned how embarrassed he made her feel by getting them kicked out. She took an Uber back home and refused to ride with him in the same car.

AITA For leaving in an Uber after what my husband did at the restaurant? from AmItheAsshole

The husband went to his sister’s place and called the wife, saying she shouldn’t have left that way, making him feel guilty for helping. When the wife posted it in a forum, many people agreed with her saying how disgusting it is to change the baby’s diaper on the dining table. Some also told how the husband should’ve informed that he was coming with his niece and they could have gone to a different restaurant.

On the other hand, many commented that the wife was wrong to react that way after the incident. Since she saw that many people were giving them the looks, they should’ve left before. Another user commented how the wife should’ve been clear that she wanted alone time with her husband.

Afterwards, the wife tried to make her husband understand that changing a baby’s diaper on the dining table can be gross for other people present in the restaurant. But the problem was he did not care about what others thought, and he said: “that they should just mind their own business.”

The husband thinks that his wife is against the idea of him spending time with his niece, as said by the Original Poster.

She should put it in the way that the husband does not go to the washroom in any restaurant and would not take the baby as well to change her diaper.