Wedding is something so pure, so amazing and it is the best feeling when you are able to marry the one you love the most in this world. That feeling is beyond words! This wedding was no different as far as the feelings are considered but there were a lot of things that were different and weird in all honesty. 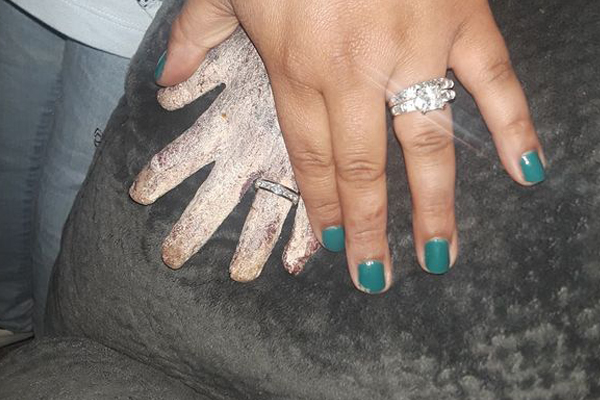 Felicity Kedlec took the big step of marriage at the age of 20. Her age is not even a matter of discussion here. The main point here is the person (that’s in question) she got married to and how the whole wedding took place. The love story is engrossing as well, in fact, it’s the highlight.

There is nothing about this wedding that one would expect. But let us first see some details about the wedding that can be relevant here. The wedding ceremony took place in Tiverton, Rhode Island, US and it cost Felicity a total of $500 inclusive of the venue, wedding outfits, and decorations.

So, now that you know the normal stuff that happened, it’s time to know what was abnormal about it. Felicity did marry the love of her life but “he” happens to be a zombie doll named Kelly Rossi. Felicity tells that her zombie doll is 37-years-old. We really have lost the power to interpret the right or wrong here. It’s just too complicated.

There is always some history behind a love story. In this case, there definitely is history but it’s not the one that will make you feel good. It all began when Felicity was 13-years-old and her dad bought that doll to gift her. She started spending a lot of time with the zombie doll Kelly Rossi and got really attached to it.

When her father died, she was definitely heartbroken and she found support in her doll. She started having feelings for that zombie doll and in no time she had immersed totally in love with Kelly. She said, “I finally allowed myself to be open with who I was and let my feelings come out and, despite not everyone agreeing with my love life, I have never felt happier.”

She was more than sure about Kelly and wanted to spend her whole life with him (of course, Kelly is the man in their marriage). We know this is getting stranger and stranger with every statement, but that’s how it is! She decided to marry Kelly and the date was fixed in September.

Do you realize the amount of love one needs to have for marrying a doll? Don’t overthink this! Felicity can’t stop gushing about Kelly and how amazing he makes her feel. She says that Kelly’s flaws like the bloody face and no jaw are the things that attract her the most.
In Felicity’s words, “Despite having been in a relationship with Kelly for four years, getting married to her has made me feel so much closer to her, both emotionally and intimately.”

Whatever you take from this “love story”, we are sure you won’t be able to get certain things out of your mind regarding it. But it is always important to know what goes around in the world irrespective of how weird it is!