Majority of people working from home have one fear in common and that is coming across an awkward state while attending a virtual meeting. Few of these situations include forgetting to turn your mic and camera off, sharing your screen and some weird tab opening up or even leaving something embarrassing in the background. 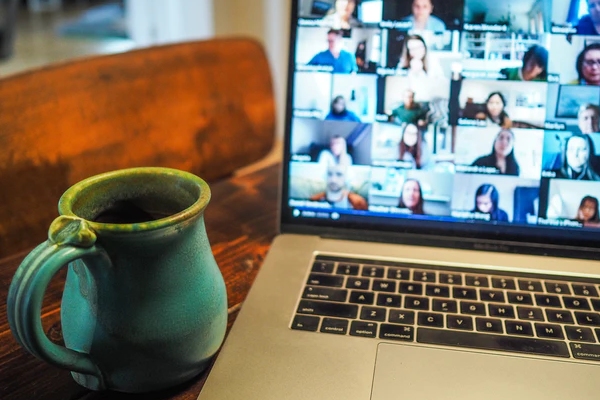 In a recent occurrence, a 24-year-old woman posted a video on TikTok sharing how she was in a similar condition. She was identified as Alexandra Ceberio. She had to encounter an uncomfortable situation. Whilst she was attending a zoom meeting, she got indulged in a long and vexed conversation with her friend about her colleagues. Later, she was caught by all the members in the meeting while her mic was unmuted.

Alexandra started ranting about work from home on a phone call during a break. She captured herself telling her friend that she got ready to join a meeting, but everyone had their cameras turned off. She cried, “I got this frizzy ass gym hair from yesterday; this shirt is from…….”

Alexandra abused all of her colleagues in the meeting because they had their cameras off, but she took the effort to dress up and groom herself. Little did she know that the participants on the zoom call could hear everything. She kept complaining about everything until a co-worker decided to interrupt her when he felt like doing so.

In the clip, it could be clearly seen that her nagging took a pause as soon as someone said, “Hey guys, I can hear you, just so you’re aware.” She immediately realized that her mic was on an was left extremely humiliated. She felt very awkward and uncomfortable. She found herself in a hysterical condition.

No matter how weird Alexandra felt, netizens surely had their funny bones tickled after watching this hilarious video on her TikTok account under the username @allyvert. This clip went viral within hours of being uploaded. It had been viewed for about more than 900,000 times. And it also racked up over 166,000 likes.

Thousands of people reacted to this clip with various comments, agreeing that this was their fear as well. A person shared his own parallel experience saying that once, during a staff meeting, he was scolding his pet dog while the mic was not on mute. Another user commented that even his boss said the exact same thing in a virtual meeting. A third user wrote that this was also his biggest nightmare along with some crying – laughing emojis.

After this blunder, Alexandra posted another video on TikTok, where she could be seen showing her followers that she was making sure that both her mic and camera was off in all of her next zoom calls. She was fortunate enough because she was not fired from her new sales job even after the whole disaster. She updated her followers regarding the same.