It’s rightly said that “the miracles on earth are guided by the heaven.” This is completely true in the case of a Colombian woman who had been untraceable for the last 2 years but was then found alive at a sea by fishermen. The video of her rescue was captured and uploaded on social media which went viral. 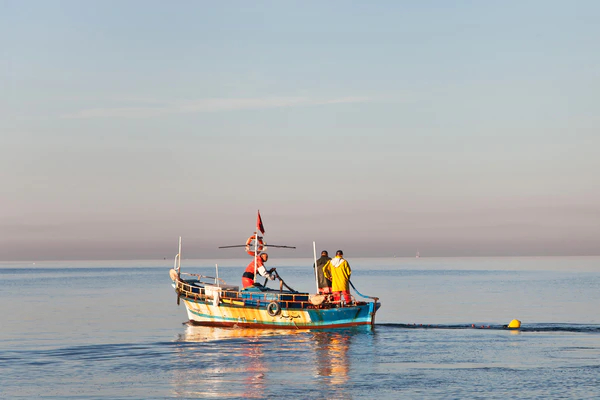 The 46-year-old Angelica Gaitan was found alive. Roland Visbal’s eyes caught her while floating 1.2 miles off Puerto Colombia. Visbal and his fellow named Gustavo steered their boat towards the woman’s floating body, which seemed passive. As a matter of fact, they misinterpreted Gaitan to be a piece of driftwood. It was only after she raised her hand, to signal them for help that they realized that it was a human’s body.

The heroic pair tried to conduct the woman’s attention towards themselves by not just calling her out in Spanish but English too. Sadly, Gaitan was unable to reply, which her reports later explained why. She suffered from exhaustion as well as hypothermia because of having stayed in the water for eight hours. After facing some hardships, the duo was able to get a hold of the woman’s floating body with the help of a rope attached to a life preserver which they had thrown on her.

The woman believes that she was born again and that God didn’t want her to die. While talking further about this horrific experience, Gaitan couldn’t keep herself from crying. The two men brought her to the shore after rescuing her, where the locals caressed her before she was taken to the hospital. Once she was identified, her distressing story was known to people. It turned out that Gaitan was out of touch with her family for the last 2 years and before this rescue, they had no idea where she was.

She further opened up about this incident, wherein she mentioned that all this was the result of 20 years of domestic abuse that she had to go through because of her husband. She mentioned how the abuse began in her first pregnancy and continued in her second pregnancy as well. At that time, she couldn’t leave her husband because her daughters were small. Even though she had reported the incidents to the police, they only held up the abuser for 24 hours after which he used to come home and violently abuse her again.

In September 2018, Gaitan’s husband hit rock bottom when, according to her, he broke her face and tried to kill her. Realizing that she couldn’t take it anymore, she decided to run away from her house, following which she stayed in Barranquilla for six months. All this, followed by her failure to find help at a homeless shelter, she fell into depression. It was a result of her depression that made her want to quit her life. She took a bus to the beach and decided to jump into it. She doesn’t remember what followed that as she became unconscious.

Police are investigating all the required information and evidence that’s linked to Gaitan’s sudden disappearance and her rescue. The local media was able to connect to Gaitan’s daughter, Alejandra Castiblanco, who along with her sister is raising money to bring their mother to their home in Bogotá.