A woman from China was left heartbroken after she and her boyfriend of one-year parted ways. But, when she got to know that he had been cheating on her, she refused to sit idle and devised revenge. And what’s an act of revenge without a little taste of Karma? 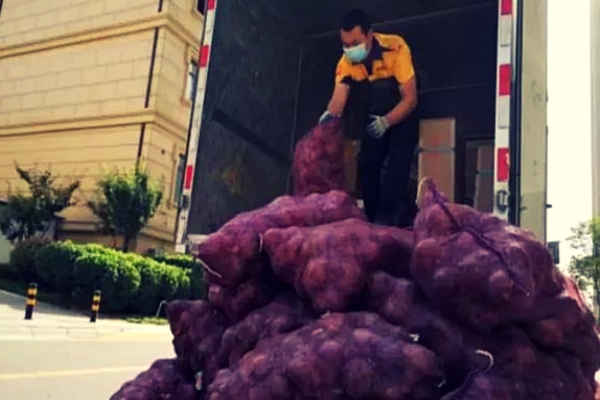 It’s no rocket science that breakups are hard. Even casual relationships have their own dose of tears. However, it is the only option to end that toxicity and negativity when you know it’s not worth it. But, what should you do when a little birdie tells you that your ex-partner had been cheating on you? This woman has some tips.

When Zhao was dumped by her ex-boyfriend, she was devastated and cried for three days consistently. But when her friend told her that Zhao’s ex was completely fine and normal after their breakup, she decided that sitting idle wasn’t an option for her and devised a plan to make him ‘cry as much as she did’.

So, she delivered a ton of onions at her ex’s doorstep with a note saying, ‘I’ve cried for three days, now it’s your turn.’

In footage captured by locals, the delivery man can be seen dumping bags of onions in front of her ex-boyfriend’s apartment, with strict instructions to not contact him and simply dumping them on the ground.

You can imagine her ex-boyfriend’s reaction when a lorry came in front of his apartment, with a TONNE of onions being dumped right in front of him. Reportedly, it took 4 hours just to drop those onions from the lorry.

In an interview, Zhao told the reporters, “I heard from my friends that he was not at all upset after breaking up. I spent three days at home crying. I was so heartbroken.” She added that she’s got money and wanted to make him cry as much as she did. Well, we can’t argue with her method.

Her Ex-boyfriend reported that he broke up with her mostly because of her ‘over the top behaviors’. He added, “My ex-girlfriend was very dramatic. She is telling everyone that I haven’t shed one tear since our break-up. Am I a bad person for simply not crying?”

While he may not have cried after the onions arrived, but surely the neighbors have shed quite a few tears. One of the Neighbors who live nearby added that he doesn’t know if his Ex cried or not, but he definitely did. And the whole compartment stank of onions.

Quite a way to make someone cry.