A woman’s comforting story of reuniting with her boyfriend had been winning hearts on TikTok. The woman took to social media to explain how she saw her boyfriend on a bus when she was heading for work. But she was unable to talk to him. However, the pair met one another after the woman made an appeal on Tinder. 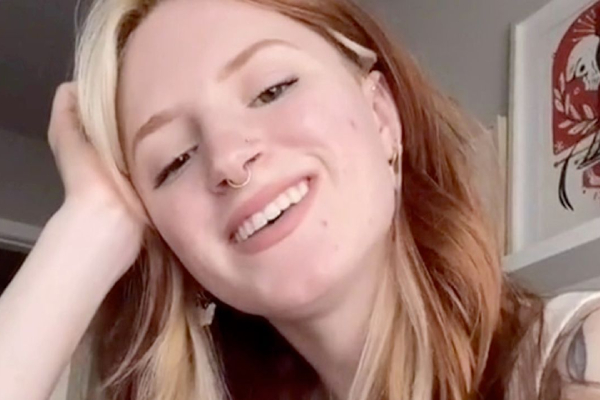 A woman named Seattle shared a video on TikTok to share the backstory of meeting her boyfriend. She said that she took bus 70 to commute to work when they first exchanged glimpses. She described that he was a complete stranger to her back then, yet she felt that she had some sort of a connection with him. But they never really talked to each other.

In order to find him, 24 – year – old Seattle edited her bio on Tinder and referred to a missed connection in it. She wrote, “I made eye contact and smiled at a guy on bus 70 in Nov 2019 and again Jan 2020, if you’re him, super like, thanks.” Luckily, she got in touch with Greg who was the guy in the bus and turned out that even he noticed her.

In his first message to Seattle, Greg wrote that this might be embarrassing, but the guy she was talking about in her bio could be him. He added that he used to ride the 70 on his way to Fred Hutch. And he remembered her face clearly (the super cute redhead with the nose ring). Further, he wrote that they made an eye contact once or twice and if they did, he surely smiled. He also offered to meet her and grab a drink or something.

Replying to Greg, Seattle wrote “Hahaha, not embarrassing because it was 100% totally about you and I truly did not think I would ever find you. Hello Greg! I’d love to get a drink.” Since this conversation, the pair had been dating.

In the TikTok video, Seattle said that she made an eye contact with Greg on a bus in 2019. He got off his stop, looked at window towards her, smiled and shook his head. Two months later, they met on the bus again, but she panicked and got down at her stop. She didn’t know what to do, so she jumped off the bus and regretted immediately. She wanted to talk to him.

Before updating her Tinder profile, Seattle thought that she should put up something about missed connection. Later when she talked to her friends about the whole situation, she decided to change her bio. And then they found each other. Their first date was 11 hours long and the next one lasted for 9 hours. She said, “That’s kind of how I knew it would be something longer than just a hangout.”

People loved their story and started suggesting Seattle to read ‘One Day in December’ by Josie Silver. A user jokingly wrote that this could be a healthier version of this book where the protagonist, Laurie fell in love with the man she saw in a misted-up bus window. Another one wrote that this was the best love story she had ever heard.