One could be slouching on their sofa and still be working at the same time. However, internet problems could hinder the work while working from home. Proof needs to be shown or otherwise get ready to be fired. A woman who was facing a similar problem sent a picture of her internet network to her boss while she further got roasted for her hilarious Wi-Fi name. 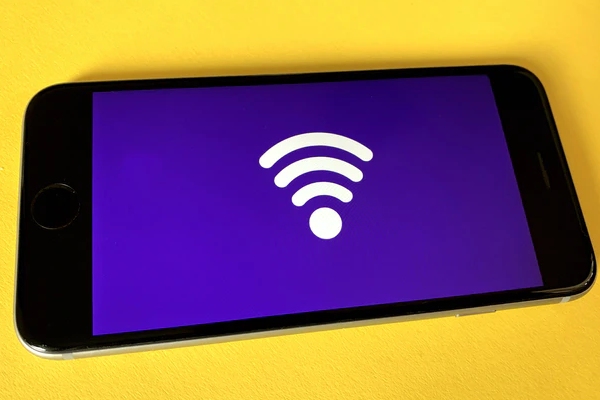 Social media freak, Jess who had apparently been facing some internet issues in her area, tried to prove her negligence towards work to her boss but later forgot to hide the name that she had given to her Wi-Fi. For the past many days, she was not able to report to her boss due to the internet connectivity issues that she was facing. People could assume that to be an excuse to flee from her work assignments because anyway her boss wasn’t going to come to her place to check the connectivity.

As anticipated, she was required to share proof of her poor network range with her boss. But when she did, people noticed the extremely amusing name of her Wi-Fi that she had kept, that went like ‘It hurts when IP’. Clearly, she missed the pun that she unintentionally intended. That name certainly raised many eyebrows and attracted a good amount of attention from people all over the internet. Jess herself shared the video of her that she had sent to her boss that mentioned ‘Told my boss I couldn’t log on today because my Wi-Fi was out and sent him a screenshot of the outage…’

Her reason was most likely to be approved by her boss but had undeniably created a stir on the internet with other suggested names like ‘Drop it like its hotspot’ and ‘Silence of the LAN’. Everyone found the Wi-Fi name so humorous that the video went viral and racked up almost 6 lakh views throughout the internet with people adding up their own pun intended quick-witted Wi-Fi names. One of them commented, “Ours is IP when I sneeze”. Another wrote “Lol mine is screaming when IP” and “Screaming Louder When IP”.

Apart from her Wi-Fi name, the ones that others came up with later, totally stole the show. Reassuring Jess, one guy claimed her to be lucky enough as the Wi-Fi name was appropriately funny to make her boss laugh a bit because clearly, he appeared not to attach any importance to it. Now one thing was for sure that Jess would never take the risk of sending anything casually to her boss and instead would go through it thoroughly to make sure that there’s no roasting being done against her.

Also, kudos to Jess for taking all the roasting part with a great spirit while being in such a predicament.