Dogs are an essential part of our life. When he/she dies, it is no further than heartbreak. A woman lost her dog and wrote an obituary in his honor. Her obituary got thousands of likes, retweets, and consolation. People were sympathetic towards her loss. They shared her pain and tried to comfort her. 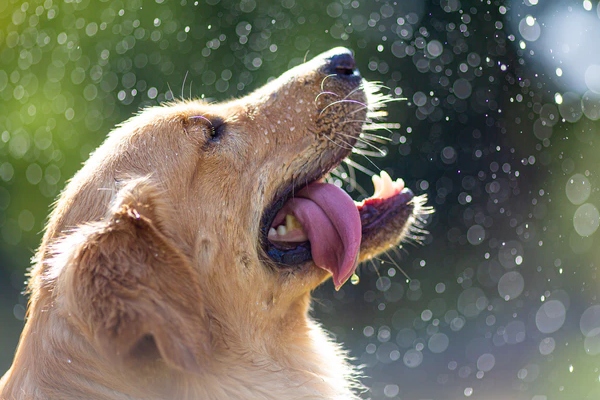 Sally Gregory Hammett adopted a golden retriever when she was 23 and move out of Greenville, South Carolina. She named him Charlie and continued her search for Mr. Perfect. She got a great companion in the form of a dog while searching for life-long companionship.

Since then, Sally and Charlie shared an inseparable bond. Wherever she used to go, Charlie followed her. He even used to go to the office with her. He accompanied her everywhere she had to go. Be it day-to-day errands or hiking or traveling, Charlie was present everywhere. His presence was observed even when she decided to marry her husband David.

Charlie was an amazing dog. He was loving, handsome, passionate, and often labeled as “the happiest dog”. His personality was charming. He used to attract a lot of people towards him. It was indeed heartbreaking for her to lose such a kind of dog because of a disease.

Charlie was fighting Cancer. He fought hard for five-months straight before taking his final breath. Losing a dog is painful for anyone. But if he is lost because of a disease, it hurts a little more. He was a fighter and he was by her side throughout his life. Thus, he deserved the highest honor.

Therefore, to honor his death, Sally wrote Charlie an obituary in the newspaper. In her obituary, she mentioned his family and his favorite things to do. She beautifully described how he used to play with a stick and unlike most of the dogs, he liked to swim and enjoyed in and around water bodies. She even mentioned him as a “constant companion”.

Sally requested other owners to give extra love to their pets as it is never known how much time is left with them. With this line, she ended her eulogy. She, then, shared the Obituary on Twitter where she got thousands of likes and retweets. People were sympathetic towards her pain and shared their consolation.

Some of the people also commented with the pictures of their late dogs and told her that they would meet Charlie in heaven. They even posted a message on the behalf of their dogs. Seeing all the replies were very overwhelming for Sally. She was grateful for all the people and considered that a huge act of kindness.

It was a relief to know that Charlie spent his last days in the place that was most dear to him. He was digging holes on a beach and feeling the waves. Nonetheless, Sally and her husband will never forget the companion they had. They will remember him every time they would have peanut butter or see a sock lying on the floor.

Dogs have the purest souls, and they love their owners more than any human is capable of. They deserve to reside in heaven if there is any. May the soul of Charlie rest in peace!