The internet’s become a favorite hangout spot for people who love to hide. The evolution of the Web has made it easy for people to pull others down. But this pub owner gave each of his critique a befitting reply. 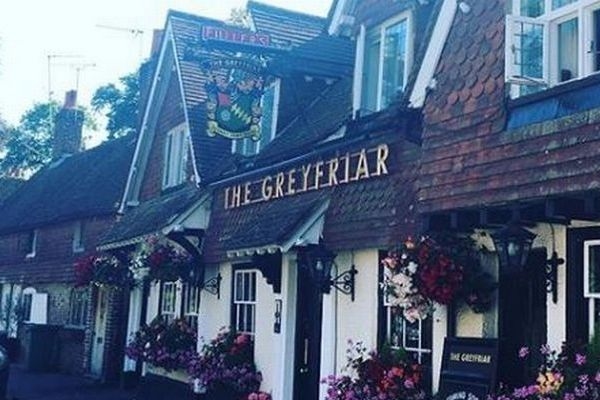 Famous review websites are many people’s first choice to check the reviews of a place that they intend to visit. Thus, a negative review can have a huge impact on the footfall of a place. And some people know no limits of healthy criticism and often go below the belt. Simon Brencher, owner of The Greyfriar in Chawton, Hampshire was in no mood to tolerate any false accusations and hence hit back in the most savage way manner.

Brencher’s pub is three years old and so time and again he ensures that his baby receives no reprimanding for any wrong reasons. Simon gained a good work-ex by working as the manager at London’s first Michelin-starred Indian restaurant and as a GM for Gordon Ramsay for two years. The extremely skilled fellow worked hard to get some glowing comments and 4.5 stars rating.

But one customer expressed his anger at the burger which he found to be overpriced, at £14. They used words like “processed meat brick” and also complained about the waiting time. Simon gave a detailed justification for each of the accusations by giving the complainant every detail of the effort that they put in while preparing the orders.

He said that processed meat is what burgers are supposed to be made of, so as to distinguish them from a steak sandwich. He further defended his bar by saying that they don’t just throw food on the plates but give their best shot in serving the customer which obviously requires time.

Another criticism came from someone, whom he’d already anticipated. A customer who misbehaved with the staff went ahead by criticizing the bar online. Simon brutally replied by saying that it wasn’t a pleasure to serve him and his friends since they made a scene after just 5 minutes of ordering. He said that the customer could have consulted the managing staff for any complaints instead of making a fuss. He went further to inform the customer that his bar’s gates are always closed for him.

Simon, who dedicatedly keeps a track of all the criticism and complaints about his services, was a little baffled on receiving an anonymous complaint that called their classic Sunday meal, the worst roast ever. The owner personally sent a message to the customer to know more about the issue but he didn’t get any response which didn’t go well with Simon. He quickly replied by calling the customer a ‘keyboard warrior’ who feared facing the management staff personally regarding his complains.

In an interview Simon said that he appreciates healthy criticism but he would prefer his customers to talk to him personally. He further revealed that these keyboard warriors have made him put a signboard outside his bar which encourages customers to talk to him once before going online with their issues. The pub owner also said that he and his staff work a shift of 78 hours to make people happy and not to disappoint them and thus they expect the same from all their guests.